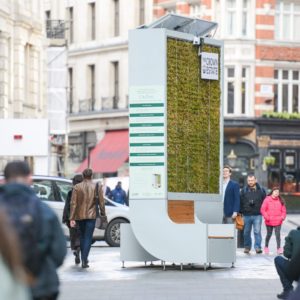 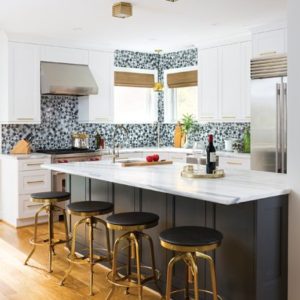 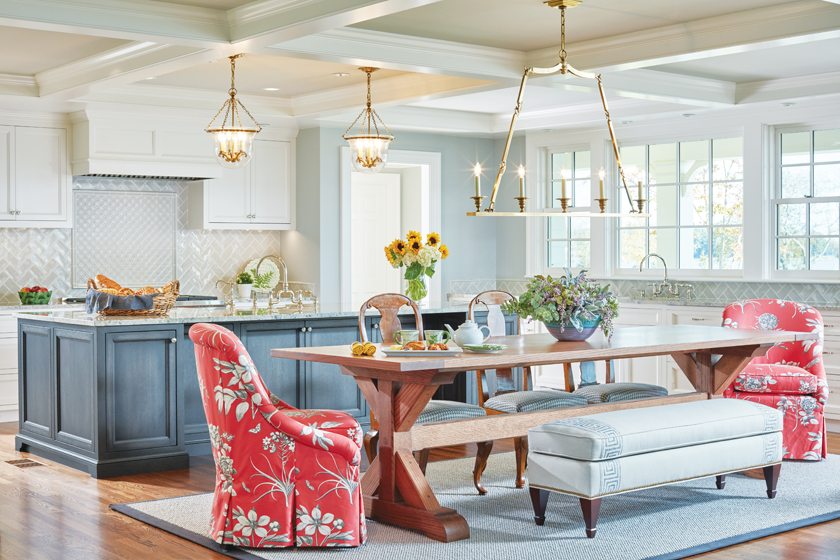 A 1936, red-brick colonial overlooking the Chesapeake Bay caught the eye of a DC-area couple seeking a vacation home. Perched on a point with panoramic water vistas, the faded gem proved too alluring to resist. So they acquired it knowing an overhaul would be required to transform its outdated interiors into the family getaway they’d envisioned.

Built just one room deep on two levels, the existing home had its drawbacks. The living spaces, including a shoddy 1980s-era addition, were inadequate for entertaining. None of the modest bedrooms were suitable for a comfortable master suite. And the kitchen, bathrooms and closets belonged in the 20th century.

The owners hired builder Guy Pilli and architect Cathy Purple Cherry to help them figure out how to morph their new purchase into a home where they could host family and friends in style.

Purple Cherry’s clever plan—which scrapped the addition—honored the home’s past while forging a bold path into the present. “I care very much about respecting a structure that is there and making sure the way I expand it looks like an evolution in time, a graceful change,” says the architect. Rather than adding more rooms onto the existing structure, which would have skewed its proportions and blocked views, she decided to extend it into an “L” shape. A new wing, designed to look as though it was added over time, would include an open kitchen, dining area and great room on the main level and a master suite, sitting room and bonus room for the couple’s grandchildren above.
© Copyright to https://www.homeanddesign.com All rights reserved.